Within the official visit of the President of the Republic of Armenia Armen Sarkissian to Georgia, Mrs. Nouneh Sarkissian visited the Art Palace Museum in Tbilisi. 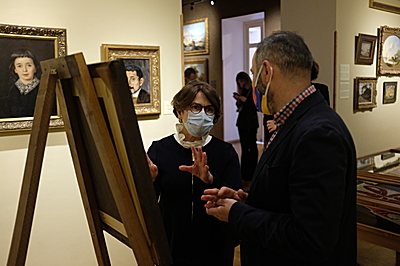 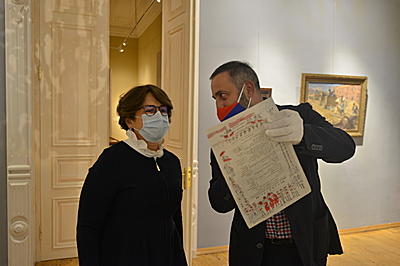 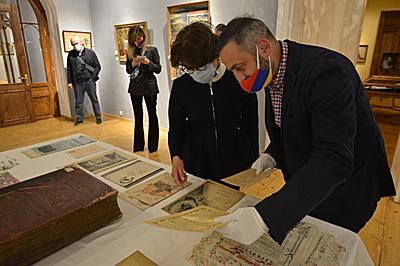 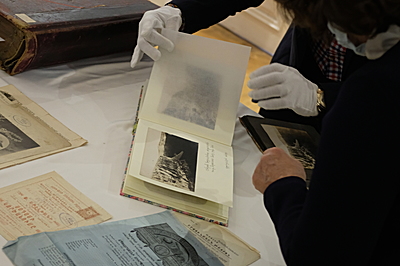 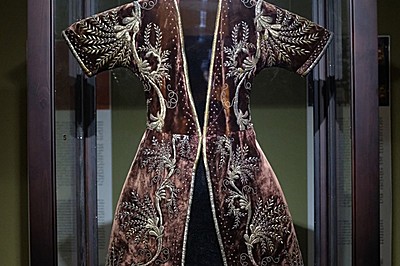 This historic building is known not only for its architecture but also for its unique collections of exhibits of Georgian culture and art. More than 300,000 objects related to Georgian theatre, cinema, opera, ballet, and folklore are kept here, including numerous objects representing Armenian art and culture.

Accompanied by the General Director of the Museum Giorgi Kalandia, Mrs. Sarkissian toured the museum, and got acquainted with the exhibits presenting the history and development of various branches of art.

In connection with Mrs. Sarkissian's visit, the museum opened a special "Armenian Corner," showed theatre programmes of different years of Petros Adamian State Armenian Drama Theatre in Tbilisi starting from the 19th century, when it functioned as an Armenian professional theatre, also the royal costumes used in the films of the great director Sergei Parajanov, splendid examples of Akhaltsikhe silverware, and archival photographs of churches and monasteries in the medieval capital of Ani.

Mrs. Sarkissian thanked the head of the museum for organizing a beautiful and impressive exhibition. She made a note in the museum book of guests of honour, presenting her impressions, also promising to return and spend more time in the museum.