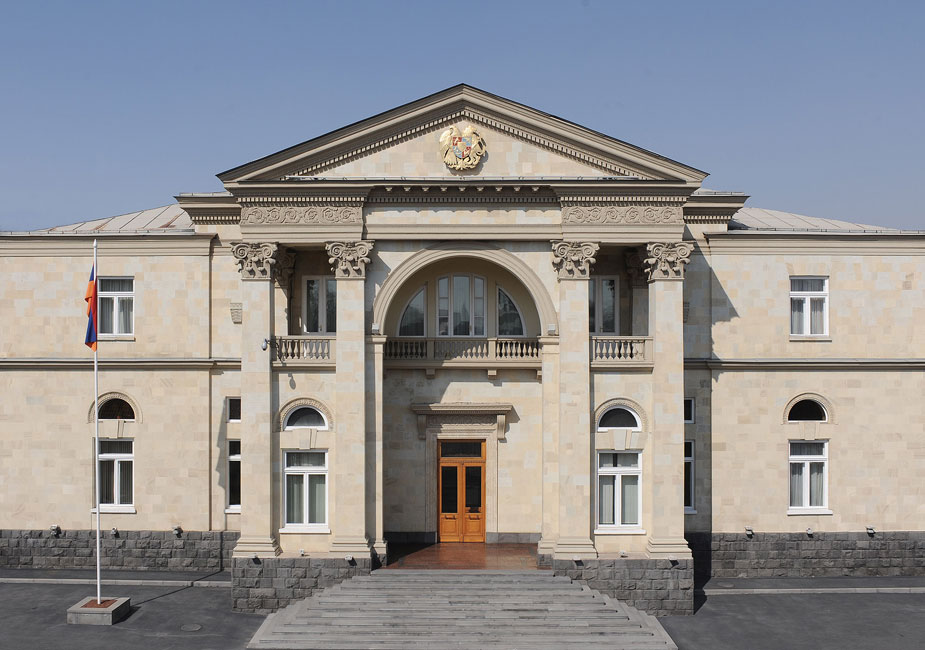 The Residence of the President
of the Republic of Armenia

The RA Presidential Palace was designed in 1951 as the premise for the Council of Ministers of the Armenian Soviet Republic. Later it was serving as the building of the Presidium of the Supreme Council of Armenia.

The edifice designed in 1951 was a two-story building, which later underwent reconstruction, and at the time occupied area of 2720m2.

The first floor area of 338m2 and 10m height is a reception area, with detached reception halls.

In 1987, the building was reconstructed according to the design developed by the ArmProject Institute. The edifice was augmented with two 10 m wide and 6 m long three-story structures. After the reconstruction, the area of the structure totals 4470 m2. The façade of the edifice is built of yellowy tuff.

After the establishment of the Second Armenian Republic in 1992, the building was transformed into the Presidential Palace.

By decision of the Government of Armenia, in 2004 26 Baghramian Ave was included in the State Registry of Yerevan Historical and Cultural Immobile Monuments as a monument of state significance.

In 2009-2010, by the design of the Distinguished Architect of the Republic of Armenia Narek Sarkissian a four-story structure was built along the axis of the main building to serve as administrative unit which covers the area of 3150.0 m2. The outer walls of the structure are covered with yellowy petrosilex and travertine.

The entire first floor and part of the second floor serve as reception areas with separate halls. The rest of the building serves as administrative area.