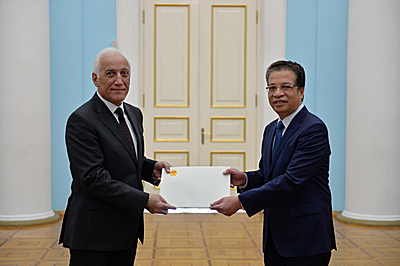 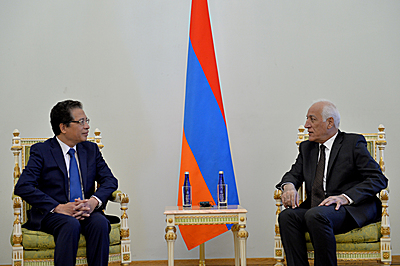 Today, the newly appointed Ambassador of the Socialist Republic of Vietnam to the Republic of Armenia Dang Minh Khoi presented his credentials to President Vahagn Khachaturyan.

President Khachaturyan congratulated the Ambassador on assuming the office and wished him fruitful work in all his initiatives.

The large-scale military operations carried out by the Azerbaijani armed forces along the Armenian-Azerbaijani border were touched upon. President Khachaturyan noted that any military action and shelling of the civilian population is unacceptable and strictly condemned. According to him, any attack of Azerbaijan should receive a counterattack and get the international community's targeted response.