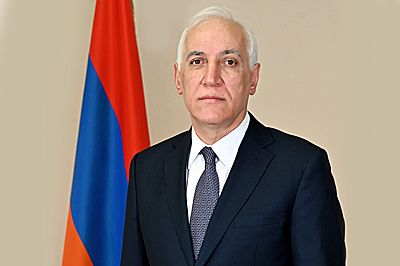 I congratulate the entire staff and commanders of the Police Troops on the occasion of the 30th anniversary of formation.

The Police Troops were formed in the midst of a war, on our way to independence, when our newly created state was forced to face the external enemy on the one hand, and establish order within the country on the other hand, combatting various criminal groups and phenomena. The Police Troops of Armenia were destined to fight all of those battles.

Yet, having suffered heavy and unforgettable losses, the police officers overcame these trials with honor.

In 30 years, the Police Troops have surely passed a difficult path towards development, facing various complications. But today, we can confidently say that the Police Troops are fully consistent with their high calling, ensuring public order and the safety of all of us.

Once again, I congratulate all the staff of the Police Troops and bow to the memory of the police officers who were martyred for the defense of the Motherland.