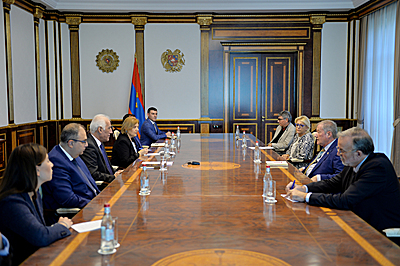 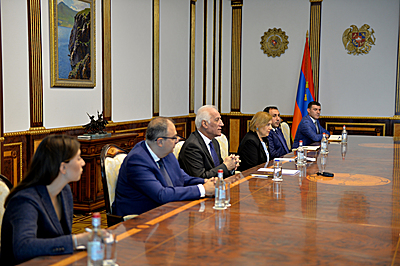 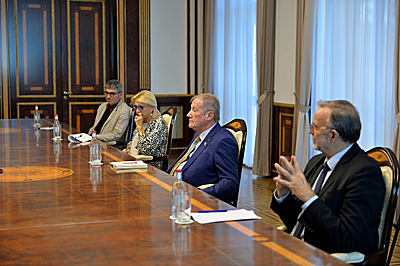 President Vahagn Khachaturyan received the delegation led by Gilbert-Luc Devinaz, Head of the France-Armenia Friendship Group of the French Senate.

President Khachaturyan expressed his appreciation for the targeted statements of France on the Azerbaijani attacks on the sovereign territory of Armenia both during the 44-day war and post-war period, and on September 13, as well as France's active efforts to initiate a session of the UN Security Council during the days of Azerbaijani aggression.

The Head of the France-Armenia Friendship Group Gilbert-Luc Devinaz expressed his gratitude for the reception and noted that France will continue to stand by Armenia’s side and always supports the processes aimed at establishing peace.

At the request of the delegates, the President presented the consequences of the Azerbaijani aggression against the sovereign territory of Armenia and the targeting of civilian infrastructures. Within this context, Vahagn Khachaturyan emphasized the importance of the swift and adequate response from the international community.

The members of the France-Armenia Friendship Group attached importance to the programs aimed at ensuring stability and peace in the region, as well as expanding relations in various fields. They expressed satisfaction that even in all the difficult situations created after the war, Armenia continues to adhere to the fundamental principles of democracy.