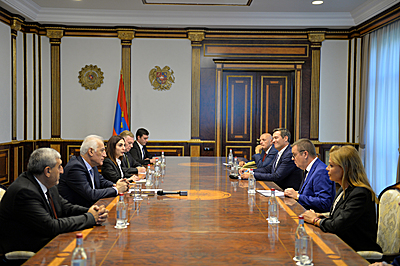 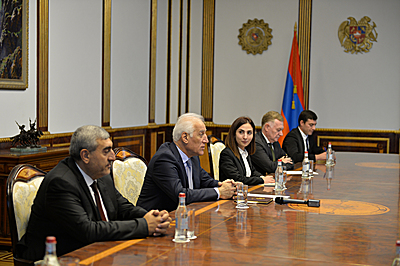 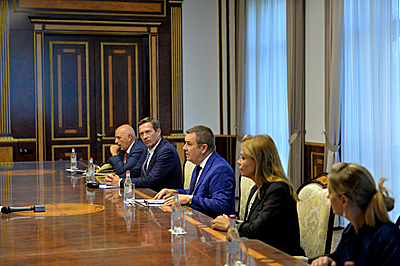 Today, President Vahagn Khachaturyan received the delegation of the Belgian-Armenian friendship group of the Parliament of the Kingdom of Belgium, led by the Head of the friendship group Mark Demesmaeker.

Welcoming the parliamentarians, President Khachaturyan noted that Belgium has a special role and significance for Armenia: “After the establishment of our diplomatic relations of 30 years, we have constantly been making our relations closer, and my commitment, the commitment of the government as such, is to expand our relation even further, including new fields”, said the President.

Mark Demesmaeker thanked President Vahagn Khachaturyan for the welcome and emphasized that they attach importance to the relations and cooperation with Armenia not only at the bilateral level, but also within the framework of the European Union.

During the meeting, at the request of the parliamentarians, President Vahagn Khachaturyan touched upon the offensive operations unleashed by the Azerbaijani armed forces along the Armenian-Azerbaijani border, and their consequences.

President Vahagn Khachaturyan emphasized that the military aggression of Azerbaijan against the sovereign territory of Armenia dealt a blow to the agenda of the establishment of durable and lasting peace in the region.