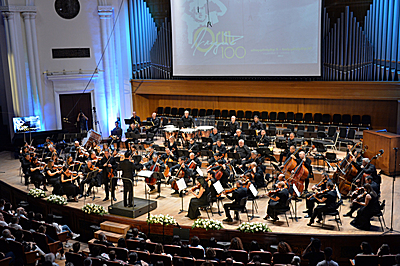 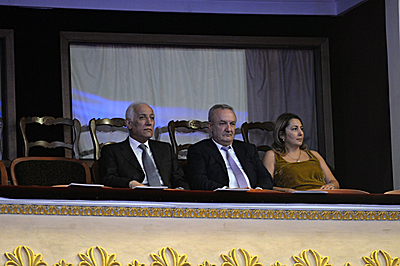 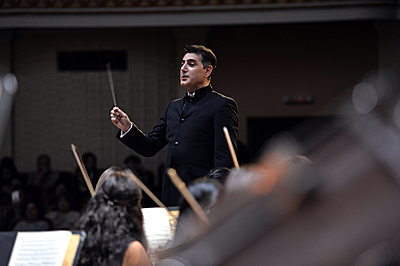 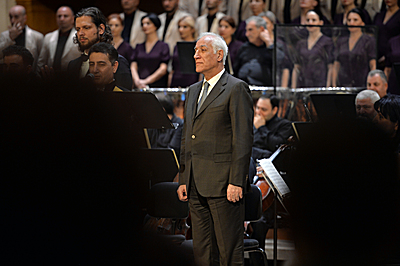 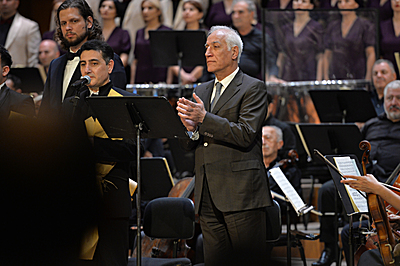 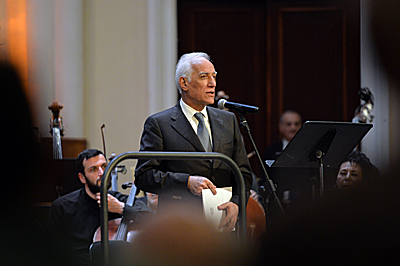 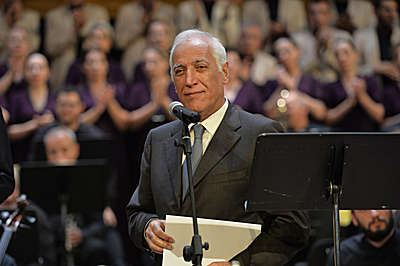 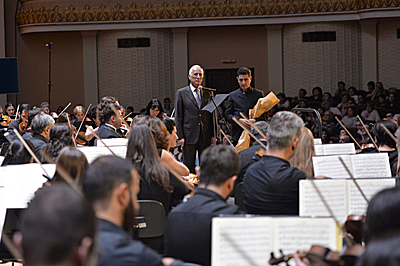 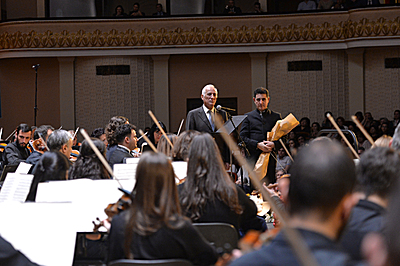 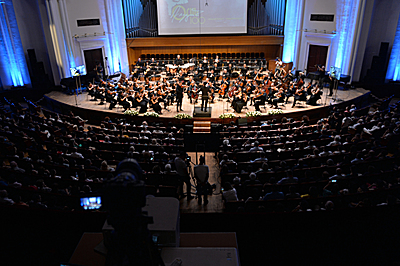 On September 8, at the Aram Khatchaturian Concert Hall, President Vahagn Khachaturyan attended a concert dedicated to prominent musician and conductor Ohan Duryan’s 100th birth anniversary, which took place under the baton of Eduard Topchyan within the framework of the 14th Yerevan International Music Festival.

At the end of the concert, President Khachaturyan handed over the Saint Mesrop Mashtots Medal and the Movses Khorenatsi medal that Ohan Durayn had returned to the state, to his widow.

"Today I have got to fulfil one of my last duties towards Maestro Ohan Duryan. The problem is, he was deprived of conducting his orchestra, and in 2001, as a sign of protest, with recalcitrant behaviour, he decided to return to the state the awards he was given in 1996-1997. He returned two high awards, the Saint Mesrop Mashtots Order and the Movses Khorenatsi Medal to the state," President Khachaturyan said and noted that as a state official he was present at the ceremony when these awards were given.

"Today, it is a great honour for me to have the opportunity, as the President of the Republic of Armenia, to return these awards to Mrs. Alice. I am sure that these awards will find their place in Ohan Duryan's home-museum or in the place where it was decided to keep them before," President Khachaturyan said.