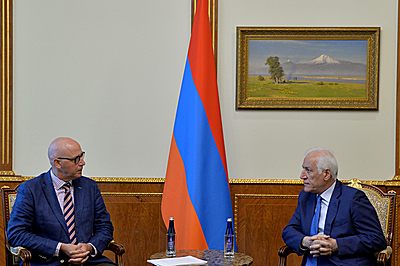 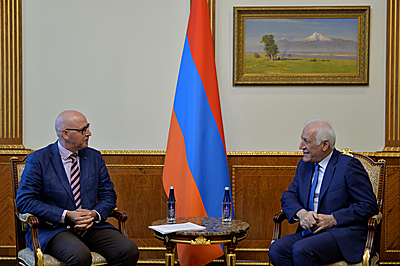 Bertrand Venard noted that his tenure, during which he has tried not only to contribute to the fulfilment of the goal of providing the students with high-quality education, but also supporting further development and deepening of Armenian-French friendly relations, is coming to an end. The Rector presented to the President the ongoing works, new educational programs and upcoming projects.

The President thanked the Rector for the fruitful work, particularly highlighting the programs implemented in the fields of Informatics and Applied Mathematics at the university. The President noted that he was hopeful that the work done by the Rector of the French University in Armenia will continue in the same spirit.

The sides exchanged ideas on the development potential and prospects of education, science, and high-tech sectors in Armenia.