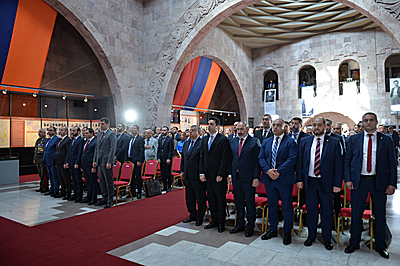 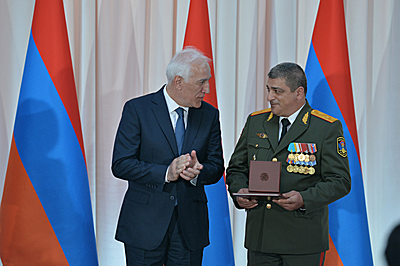 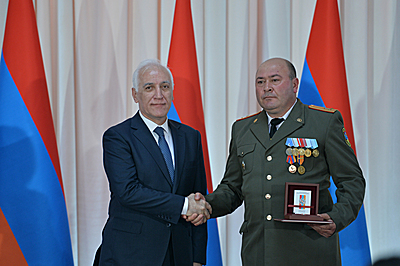 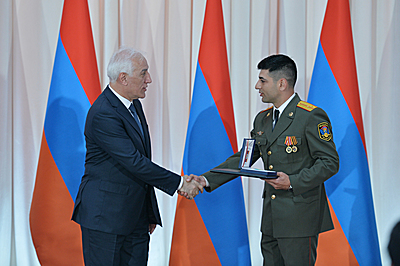 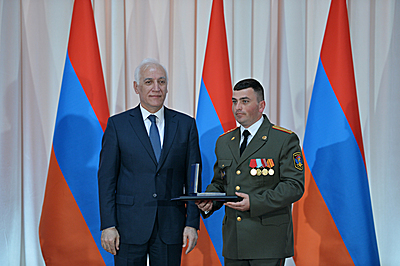 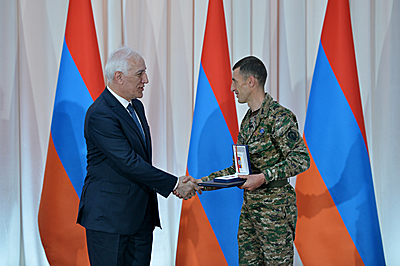 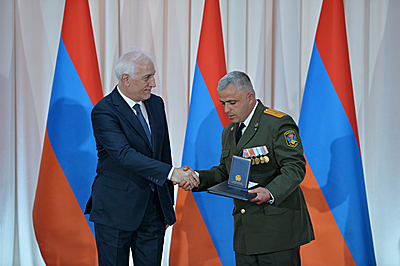 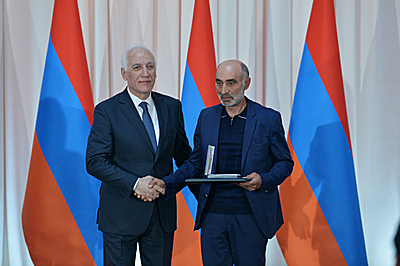 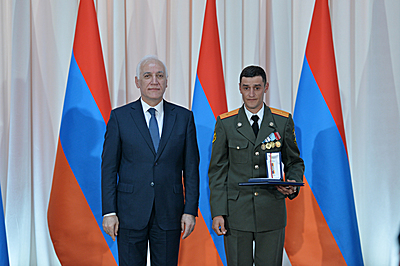 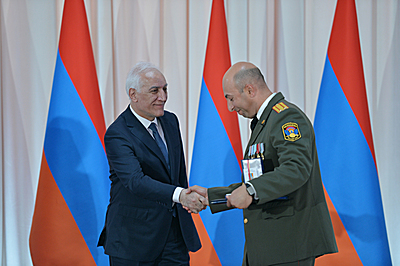 On the occasion of Republic Day, by the Decree of the President of Armenia Vahagn Khachaturyan, a group of servicemen and volunteers of the Ministry of Defence of the Republic of Armenia were awarded medals for their contribution to the defence and security of the Motherland, for their courage and dedication during combat operations.

At the Sardarapat Memorial, in the Museum of Armenian Ethnography, an awarding ceremony was held, where President Khachaturyan granted awards, congratulated those awarded and their relatives, and thanked them for their courage and dedication.

“This is a very symbolic day to us, it’s one of the most important days in our history.

After years of wandering, we managed to regain the chance to build our state, and we celebrate May 28 as Republic Day. We went through tough times but managed to keep our statehood.

We succeeded due to the fact that we relied on ourselves, we believed in our power and managed to win.

And looking back through the years, it even seems impossible. It was hard to believe that we could think of having our own statehood after 1918, after the cruelties of Genocide. But the Armenians, our ancestors, did it. We had that chance in 1991.

Generally, the assessments made about the First Republic and the Soviet Union are various, but I think we value both periods, and today's independent state would not exist if 1918 and those 70 years of the Soviet Union never happened.

We did it in 1991, we still do it today. We rely on our strength, our capabilities, trust our government and our people, and we are sure that we will manage to build the state, the country of our dreams.

I congratulate all of us on today’s holiday and I wish success and power to our statehood, to endure those difficult trials.”