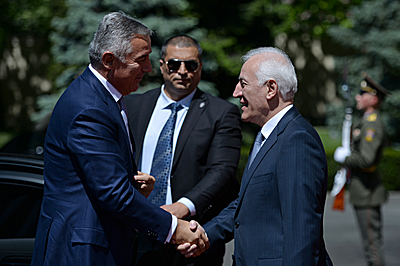 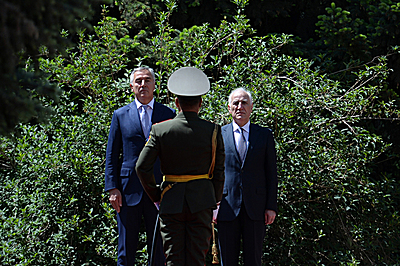 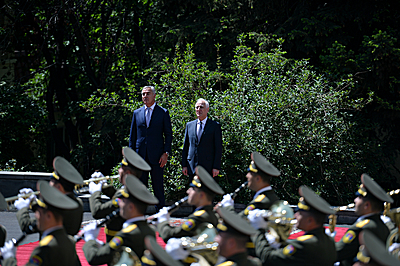 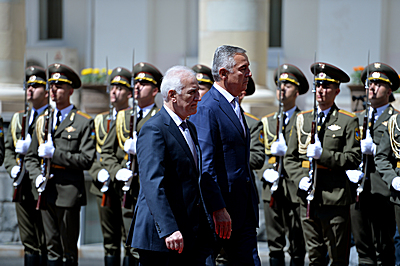 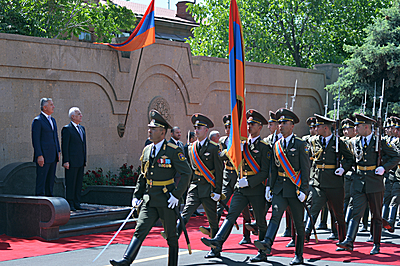 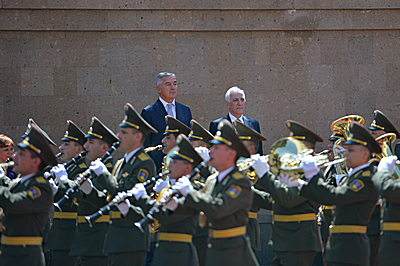 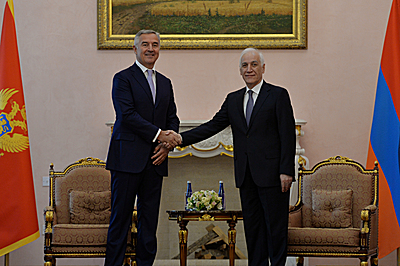 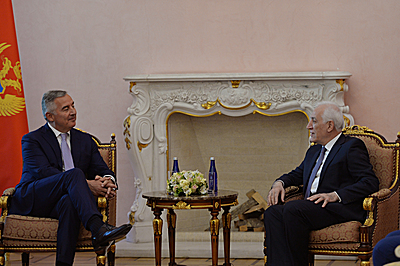 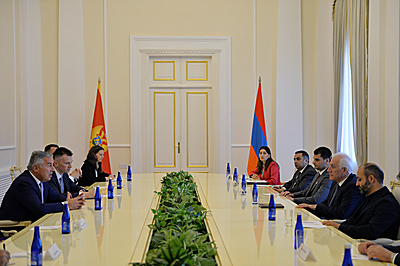 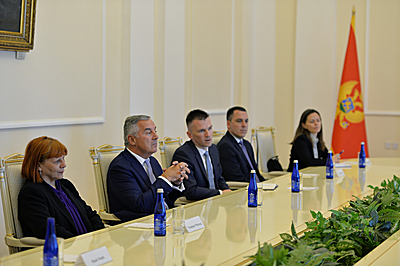 President Vahagn Khachaturyan welcomed the President of Montenegro Milo Djukanovic. After, the military orchestra performed the national anthems of Armenia and Montenegro. The Presidents presented to each other the members of the official delegations.

Afterwards, the Presidents of Armenia and Montenegro had a private conversation. The Presidents made a special reference to the deepening of bilateral economic cooperation and the possibilities of increasing the volume of trade turnover. The necessity of qualitative improvement of the economic cooperation between the two countries was noted. It was also noted, that there is a great potential for cooperation in the fields of tourism and information technology.

Reference was made to the perspectives of interaction in the fields of industry, healthcare, and renewable energy. The Presidents agreed to support Yerevan and Podgorica, which signed a cooperation agreement back in 1978, to give a new impulse to the cooperation.

Reference was also made to the issues of peace, security and stability of the South Caucasus, as well as the entire European continent.

Noting the commonality of the views of the countries on bilateral, international and regional issues, the need for the immediate return of the Armenian prisoners of war and the prompt resolution of other urgent humanitarian issues, including the need to preserve the Armenian cultural monuments in Artsakh and under the control of Azerbaijan was particularly emphasised.

Milo Djukanovic presented his appreciation for the invitation and the warm reception and noted that he is happy to be here. He expressed confidence that both countries are interested and can further deepen bilateral cooperation.

The private conversation of Vahagn Khachaturyan and Milo Djukanovic was followed by the extended meeting of the delegations of the two countries.