The international community does not want to notice Turkey's behaviour. President Armen Sarkissian gave an interview to Swedish Public Radio 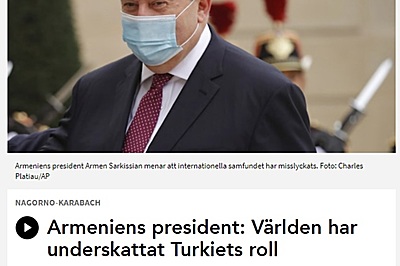 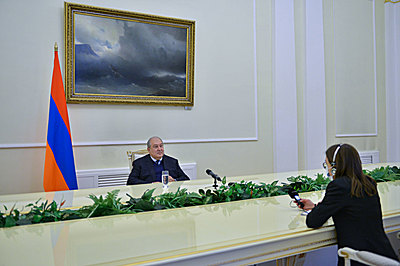 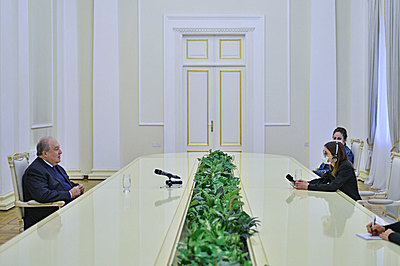 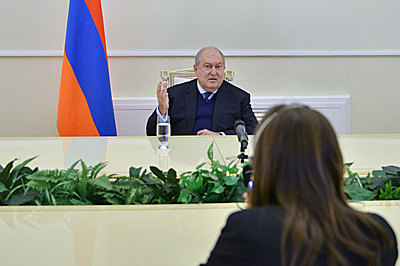 Sveriges Radio, the National Public Service Radio in Sweden, broadcast a programme on the military aggression unleashed by Azerbaijan against Artsakh and Turkey's involvement in it, with excerpts from an interview with President of Armenia Armen Sarkissian.

"President of Armenia Armen Sarkissian thinks that the international community is not reacting decisively enough to the outbreak of war. He says that the world leaders underestimate Turkey's role in the conflict. In an exclusive interview with us, President Sarkissian emphasizes that if it were not for Turkey's involvement, the hostilities would have ended,"- the journalist said, quoting President Sarkissian: “If the issue was only Azerbaijan, the war would have been stopped in the second or third week. The problem here is the Turkish equipment, the modern Turkish ATS, the technology, the F-16 fighters, the trained soldiers, instructors, officers and generals who, in fact, lead the operations. We all know that Turkey has one of the largest armies in the world, and it is one of the most aggressive armies in the world. They are in a constant war in Iraq, in Syria, and now here. I would like the international community to act faster, to put real pressure on Turkey, because that country is a source of instability. It is Turkey that does not allow Azerbaijan to agree to a ceasefire. It is Turkey that wants to continue the conflict, because the longer it lasts, the deeper presence it will have in Azerbaijan.”

The journalist emphasizes that Turkey's involvement in the conflict is a very sensitive issue for Armenia and the Armenians. They bear in their memories the Armenian Genocide, carried out in the Ottoman Empire more than a hundred years ago. President Sarkissian emphasizes another issue as well. "Turkey, under its current leadership, is trying to spread its influence by military means, now also in the South Caucasus," the journalist said, quoting President Sarkissian:

How can you have a NATO member state that exhibits such behaviour? How can you negotiate with a state that declares its desire to join the EU but its actions completely contradict all European values?"